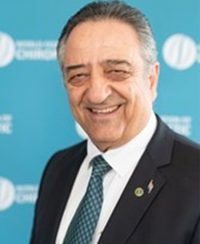 Dr. Efstathios Papadopoulos DC, FFEAC, FICC (popularly known as Stathis) is the founding and current President of the EMMECF. In this role he works with chiropractors in emerging nations, who often work in difficult and challenging environments where conflict is frequent and prolonged.

Dr Papadopoulos represents the Eastern Mediterranean region on the Board of the World Federation of Chiropractic (WFC) and served as its president between 2008 and 2010. He is the longest-serving member of the WFC Board, having served continuously since 1992.

For many years, Stathis has served on the General Council of the European Chiropractors’ Union (ECU) and served on the Executive Council as First Vice-President for two terms between 2005 and 2009. 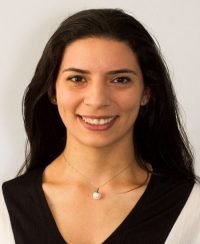 Dr Anna Papadopoulou is a 2014 graduate of AECC University College, Bournemouth, UK having been awarded a Master of Chiropractic (Mchiro) degree with Distinction. She is currently a registered member of the Cyprus Chiropractors Association and British Chiropractic Association. In 2014, she successfully passed the Canadian Chiropractic Examinaing Board (CCEB) examinations.

She has pursued a special interest in neurology and since 2017 a Diplomate of the American Chiropractic Neurology Board (DACNB). Additionally, Dr Papadopoulou has received a PgCert and in 2015 received a Doctor of Chiropractic certificate from the European Academy of Chiropractic following completion of a pre-registratration training program with the Royal College of Chiropractors. Dr Papadopoulou is currently undertaking an MSc in Paediatric Musculoskeletal Health and expects to complete this in 2021. She has been working closely with the Royal College of Chiropractors Pregnancy and Paediatric Faculty for the past 3 years. 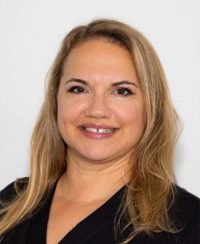 Dr. Amy J. Bowzaylo is the Treasurer of the EMMECF.  She was born and raised in Athabasca, Alberta, Canada and graduated as a Doctor of Chiropractic from Palmer College of Chiropractic West. She then worked for 7 years in various multidisciplinary clinics in San Francisco and San Jose, California, United States of America before moving to Australia, where she spent a year in practice.

Dr Bowzaylo then moved to Saudi Arabia for 10 years, seven of which she spent as the Director of Physical Medicine and Rehabilitation at the Triple accredited (JCI, ACI, ACHSI) Saad Specialist Hospital before deciding to move to Bahrain and venture out on her own.

In 2014, Dr Bowzaylo’s quest to provide quality interprofessional healthcare led her to establish the first integrated rehabilitation facility, Intouch Integrated Chiropractic Rehabilitation Center in Bahrain, a center of excellence for treatment of musculoskeletal issues and a hub for sports medicine.

Dr Bowzaylo actively supports Baharainization and has trained many Bahraini physical therapists in sports rehabilitation. She has held leadership positions in various organizations, including the British Bahrain Business Forum, and Bahrain Chamber of Commerce Health Advisory Board.

She currently serves as the President of the Bahrain Chiropractic Association. 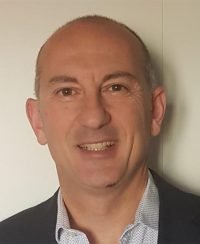 After graduation, Dr Agaoglu practiced for two years in Lima, Peru. After completing chiropractic national board examinations, he relocated to South Florida. He practiced in Florida until April 2004.

After having lived nearly 30 years in United State, in 2004 he relocated to İzmir, Turkey and has been living and practicing with his wife,  a medical practitioner.

Dr Agaoglu was the founding president of Turkish Chiropractic Association. With a special interest in sports chiropractic. he has worked with Turkish Physically Challenged Parabadminton nationals and attended numerous tournaments with the national team. He currently attends the soccer players of a local primary league soccer team, Göztepe FC.

Dr Agaoglu is a member of World Federation of Chiropractic’s Public Health Committee. He has been the Eastern Mediterranean regional representative in the Executive Committee of the Federation İnternationale de Chiropratique du Sport (FICS) since 2009 and, having served in both the Communications and Education commissions since 2019 he has been the President of FICS.

Dr. Agaoglu lectures and presents to spine and pain care physicians continuing education group on conservative spine care. He was instrumental in the founding of a Masters in Chiropractic Sciences program in the Health Sciences İnstitute of Bahçeşehir University, İstanbul, Turkey.

Dr Agaoglu has served on the science commissionof the organizing committees for 2017 and 2019 international traditional and complementary medicine (TCM) conferences. He is currently on the editorial board of the Turkish Clinics, Traditional and Complementary Medicine Journal and has served in multiple international scientific organizations as a moderator pertaining to chiropractic profession and sports related chiropractic. 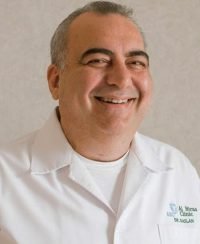 Dr. Mohamed Raslan has been practicing in the United Arab Emirates since 2006. Currently working at Al Biraa Clinic, Dubai, Dr Raslan possess degrees in both medicine and chiropractic.

Dr Raslan completed his medical degree in 1995, pursued a Doctor of Chiropractor degree in 2005. He is the recipient of an Honor certificate from the University of Aden Medical School (Yemen). With a practice catering for both the native and expatriate population, Dr Raslan is fluent in both Arabic and English.

Dr. Raslan is a co-founder of the Emirates Chiropractic Association. Currently he serves as the second vice-president of the EMMECF. He is a chiropractic examiner at the Dubai Health Authority and is chairman of the chiropractic category  of the Sheikh Zayed International Award Committee.

Dr Raslan was a speaker at The 5th Annual Meeting of the Society for Progress and Innovation for the Near East S.P.I.N.E. (Orthopedic and Spine conference organized by Boston University School of Medicine in June 27-30 , 2012 in Beirut, Lebanon). 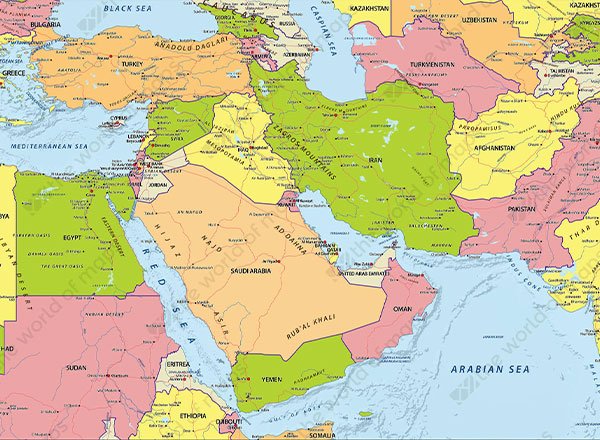 The Eastern Mediterranean and Middle East Chiropractic Federation (EMMECF) was formed to represent the interests of the chiropractic profession practising in the states that comprise the region that has been traditionally known as the Middle East. The Federation is made up of national associations of chiropractors.

The leadership of the EMMECF is experienced in the politics of the region and recognizes the challenges that chiropractors face in their everyday life and work. It works with the leaderships of its member national associations to support and empower chiropractors whilst advocating for the profession of chiropractic.

The Eastern Mediterranean and Middle East Chiropractic Federation (EMMECF) was established on 17 April 2010. Its founding members were Cyprus, Egypt, Turkey, Syria, Lebanon, Libya, Palestine, Jordan, Iran, Saudi Arabia, Qatar and the United Arab Emirates. Its founding objective was to unite and protect the profession of chiropractic and promote the establishment of a chiropractic educational facility in the region.

The first officers of the EMMECF were:

The first steps towards formation of the EMMECF came in 1988, when Dr Gary Auerbach, latterly the first president of the World Federation of Chiropractic (WFC), was designated chair of the WHO Development Committee and took part in the hosting of an Eastern Mediterranean and African chiropractic congress, hosted by the International Chiropractors’ Association in Athens, Greece.

At the first WFC Council Meeting in 1989, the Eastern Mediterranean region was represented by Dr Yousek Meshki, of Jordan. Following the departure of Dr Meshki in 1992, representation of the region was taken on by Dr Stathis Papadopoulos, who immediately proceeded to contact individual local chiropractors in the a number of countries in the region.

In 2006, to kick start the formation of a regional body, Dr Stathis Papadopoulos, visited Lebanon and the United Arab Emirates, two of the most promising countries from a chiropractic perspective. This served the primary purpose of being a fact-finding visit. Legislative workshops were also hosted. This became the first regional meeting of the EMMECF.

In 2008, the first and only leader from the Eastern Mediterranean region was elected President of the WFC. Dr Stathis Papadopoulos has served as representative for the region since 1992 and remains on the WFC Board of Directors as the longest serving regional representative.